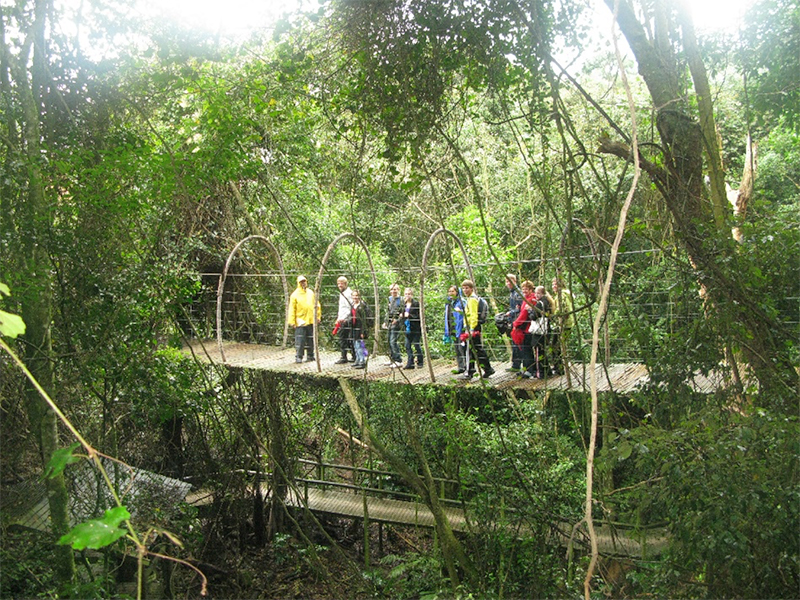 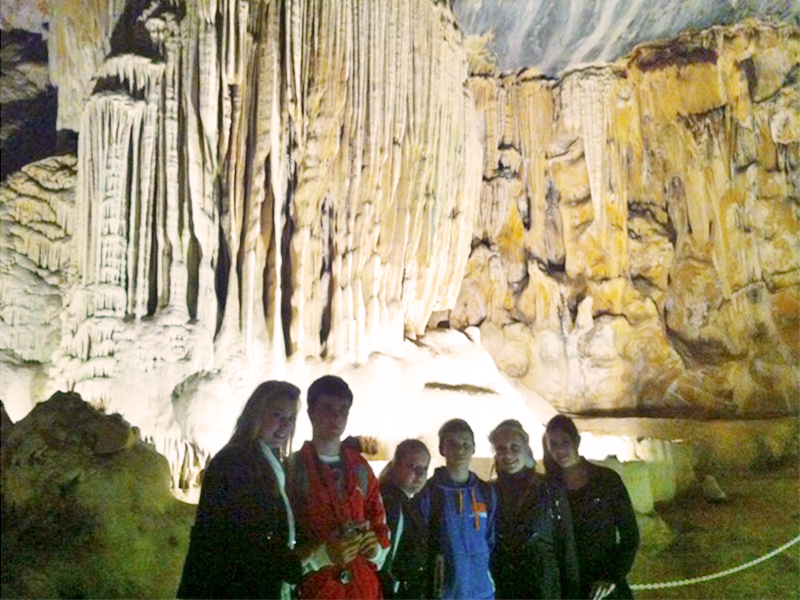 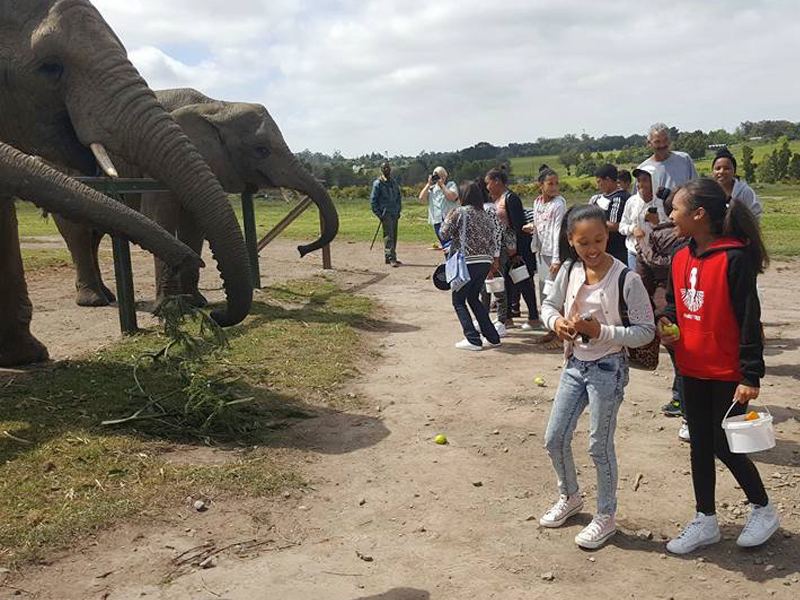 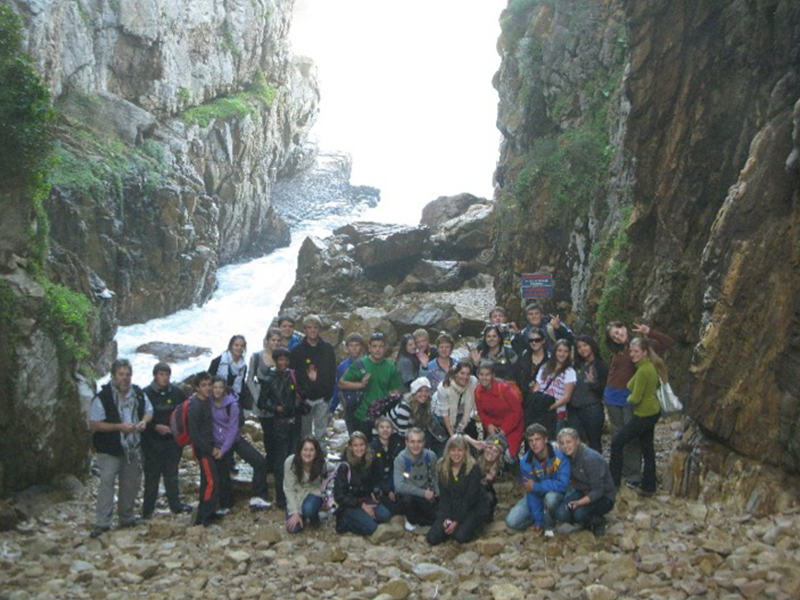 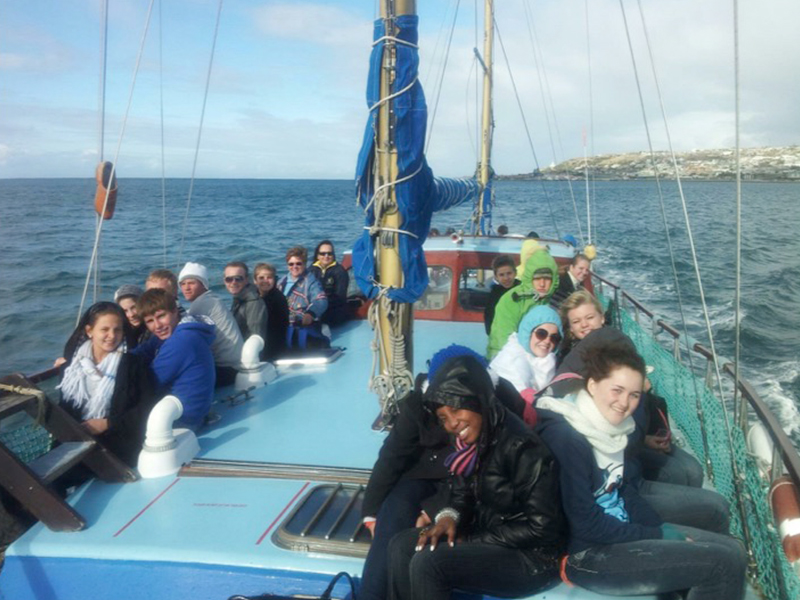 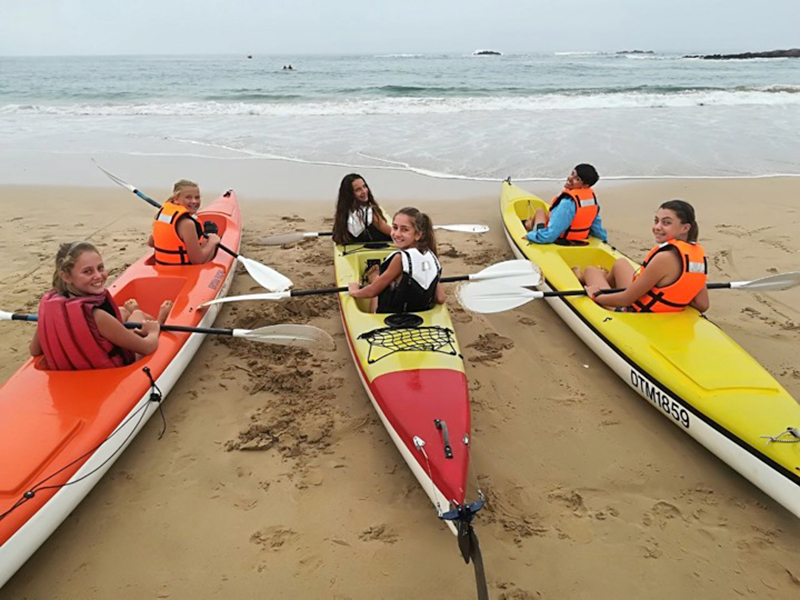 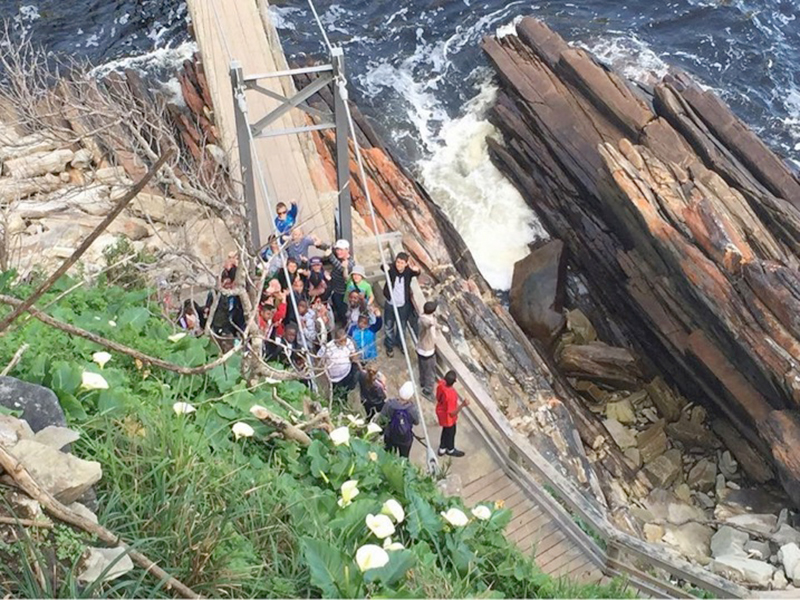 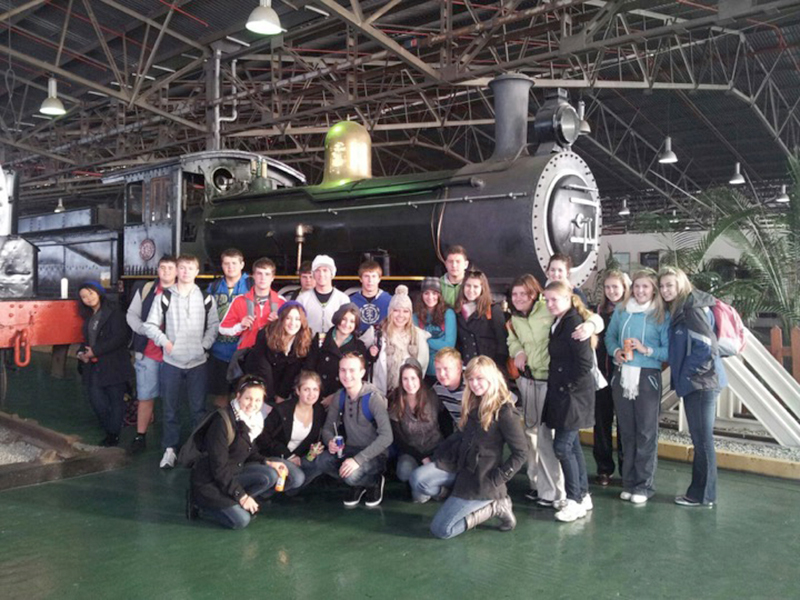 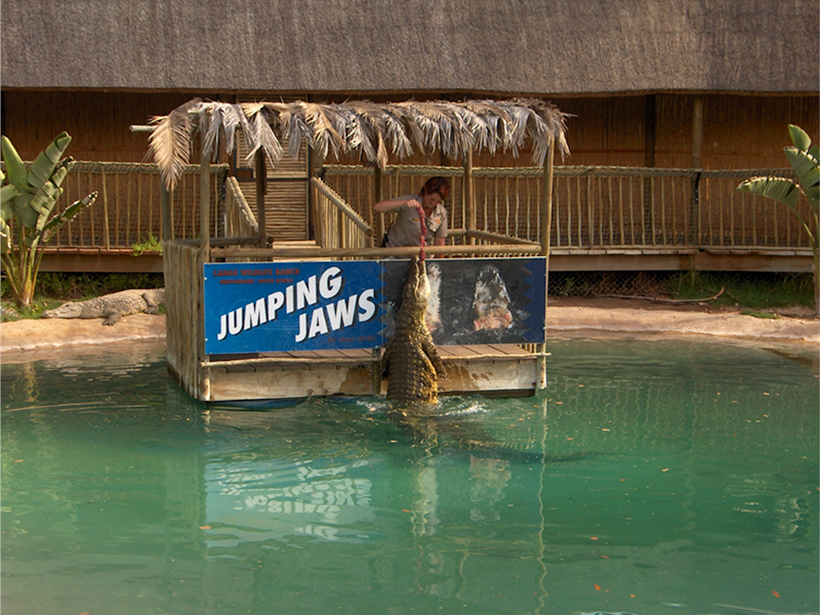 The Garden Route region is sandwiched by the Outeniqua & Tsitsikamma Mountains and the Indian ocean and has the mildest climate in South Africa. Spectacular scenic views of the mountains, sea and forest and animal interactions form part of the tour.
Request an all inclusive quote to the Garden Route Tour

This tour may include climbing on all fours in the Cango Caves, getting a neck massage from an ostrich, going on a boat ride in Mossel Bay and feeding an elephant. The duration of the tour may vary from five to six days with each day being filled with exciting, valuable and engaging activities.

MONKEY LAND and BIRDS OF EDEN

Monkey Land and Birds of Eden are situated in the “Craggs” close to Plettenburg Bay. Monkey Land is a multi-species, free roaming primate sanctuary and Birds of Eden is the world's largest free flight aviary and bird sanctuary. The mesh dome of the sanctuary was built over 2.3 hectares of indigenous forest, and is up to 55 metres above ground level.

The Cango Caves are located in Precambrian limestones at the foothills of the Swartberg range near the town of Oudtshoorn in the Klein-Karoo. During the Heritage tour in the Cango Caves, you get to see the Devils Pulpit and various other cave formations.

The Bartolomeu Dias Museum Complex is the second biggest provincial museum and is located at Mossel Bay.  The Diaz Museum is part of a complex highlighting different cultural and natural history and a life-size replica of the Diaz Caravel. Part of the museum houses the Shell Museum erected in 1902, exhibiting a large collection of shells and some sea creatures. Outside We visit the famous Post Tree where in 1500 Pedro de Ataide, Commander of one of Cabral’s ships, on his return journey from the east, left a letter of importance in a shoe or iron pot under or near a large tree.

Put on your walking shoes. Board the John Benn Ferry for a boat trip on a lagoon, which is part of an estuary that is home to the famous Knysna seahorse, to the Featherbed Private Nature Reserve. Here we are taken to the top of the hill with a great view over the Knysna Heads and the ocean.

Armed with comfortable walking shoes, we visit the Storms River National Park and go on a walking trail with spectacular views which includes crossing a suspension bridge over the Storms River Mouth.

Flying to George is the most popular method of reaching the Garden Route. We have however made use of bus transport from Gauteng and Kimberley and this enabled diverse inland experiences such as visits to the Owl house in the small village of Nieu-Bethesda, the Valley of Desolation in Graaff-Reinet and Dr. Christian Barnard Museum in Beaufort West.

Oudtshoorn in the Little Karoo, is linked to the Garden Route by the picturesque Outeniqua Pass. This famous town is well known for the historical ostrich feather trade, the Cango Caves and the annual Klein-Karoo National Arts Festival.

The Garden Route Tour can also cater to the needs of the adrenalin, adventurous seekers. Adventures may include, zip lining through the forest and over three rivers in Tsitsikamma, Water Adventure Parks in Mossel Bay and Plettenberg Bay and kayaking in the sea.

The Garden Route Tour lends itself to Sports Tours such as Rugby and Netball. School visits and matches are arranged by Edutours and also include educational adventure experiences.

Our Garden Route Tour may include: 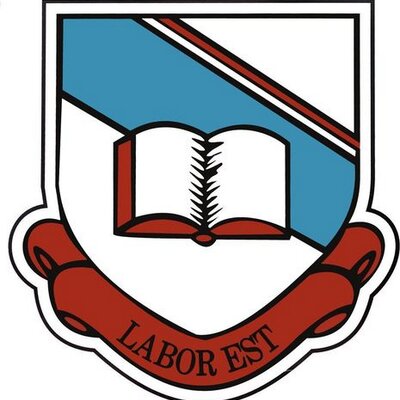 Clifford Klassen
(Head of Department)
Laerskool Staats This is a tour operator that I highly recommend. The owners were once teachers themselves, therefore, they really understand the operational issues in a school, the fears of parents and the demands of SGB. Rating

If the Garden Route Tour isn't for you, have a look at our other offerings