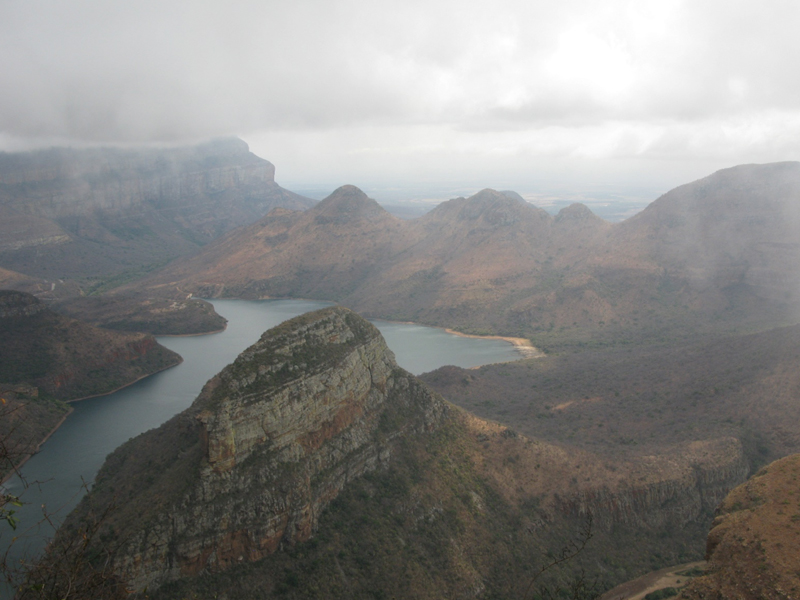 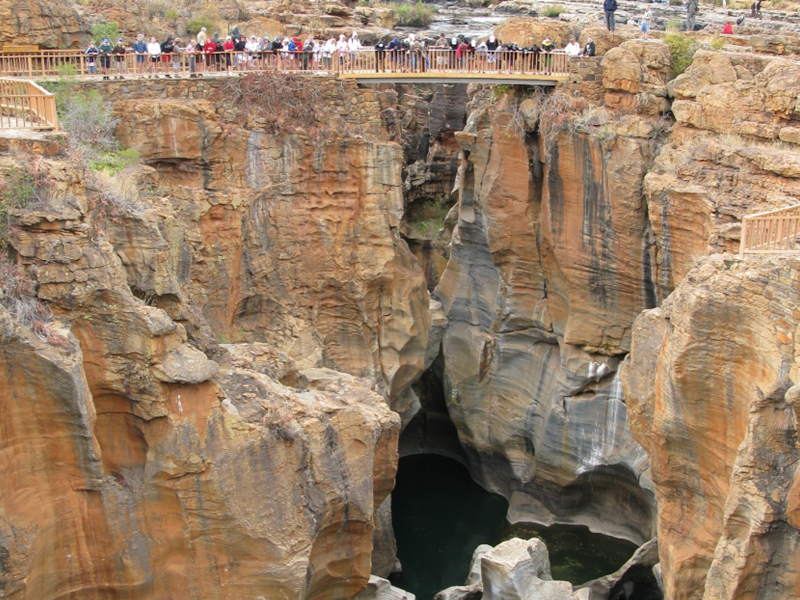 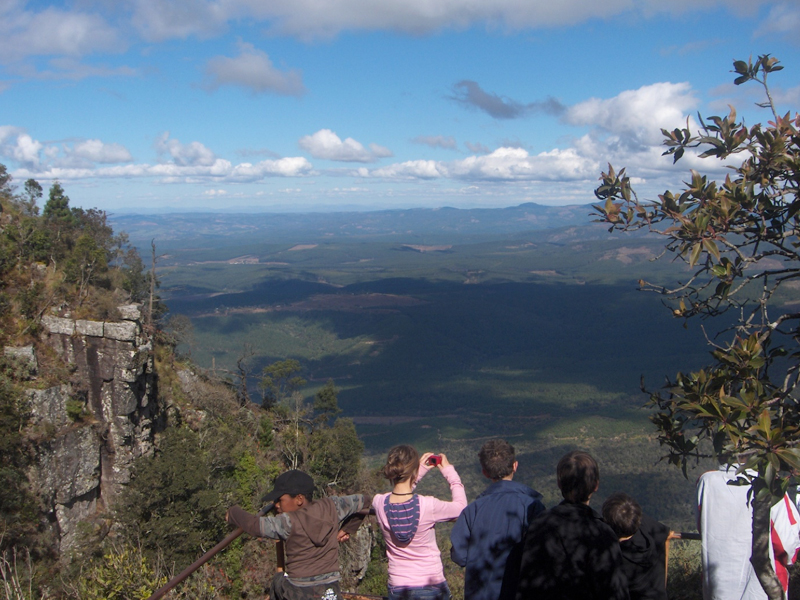 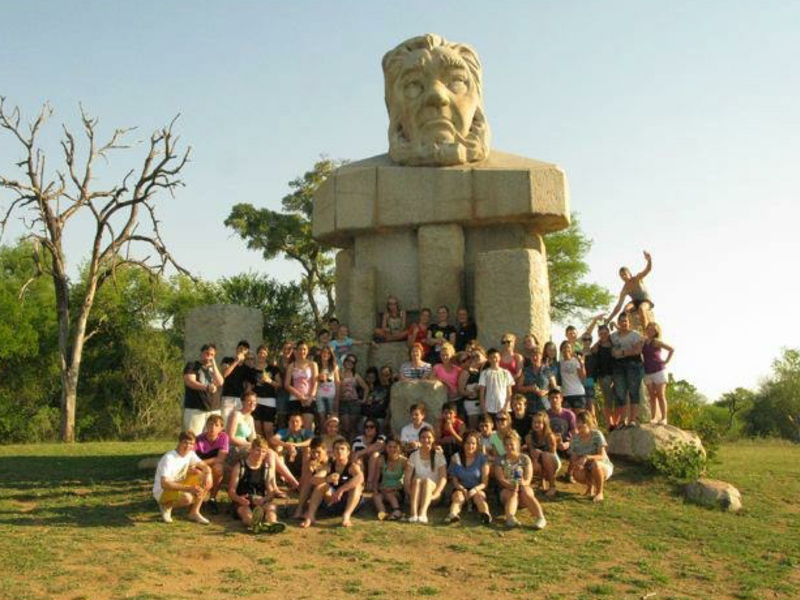 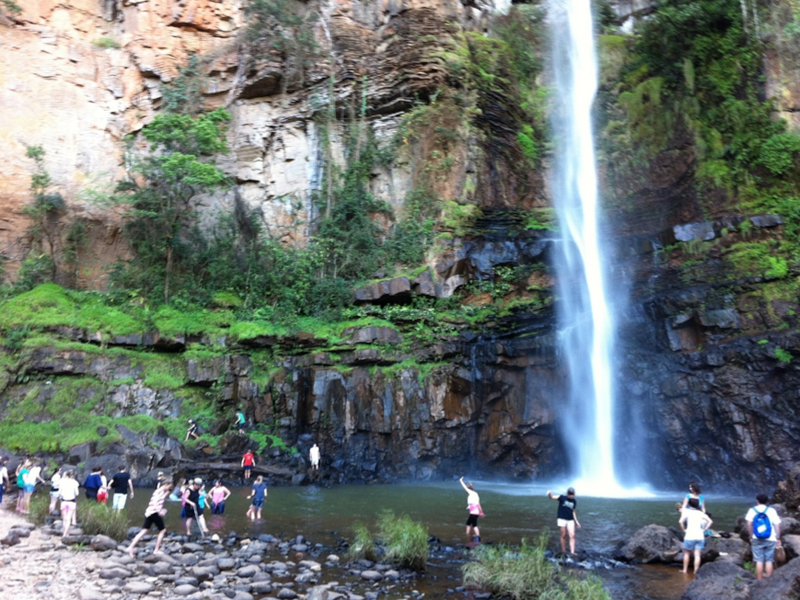 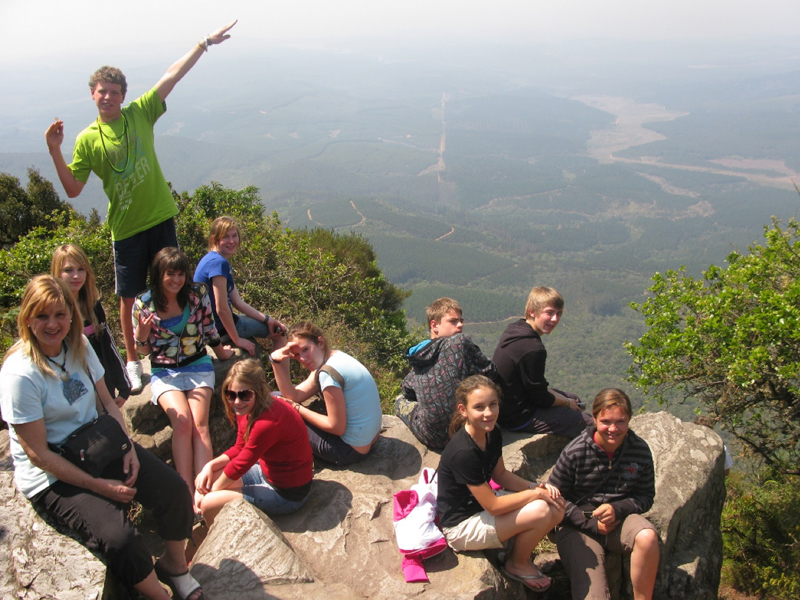 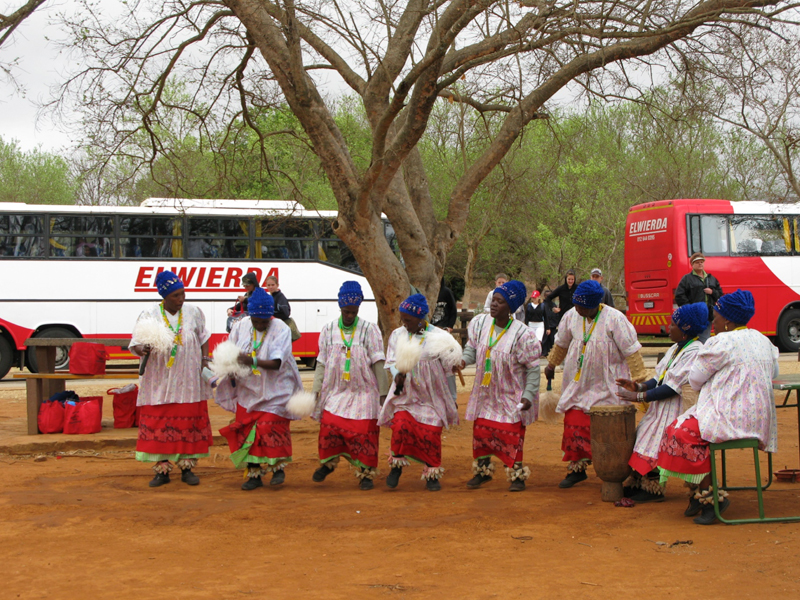 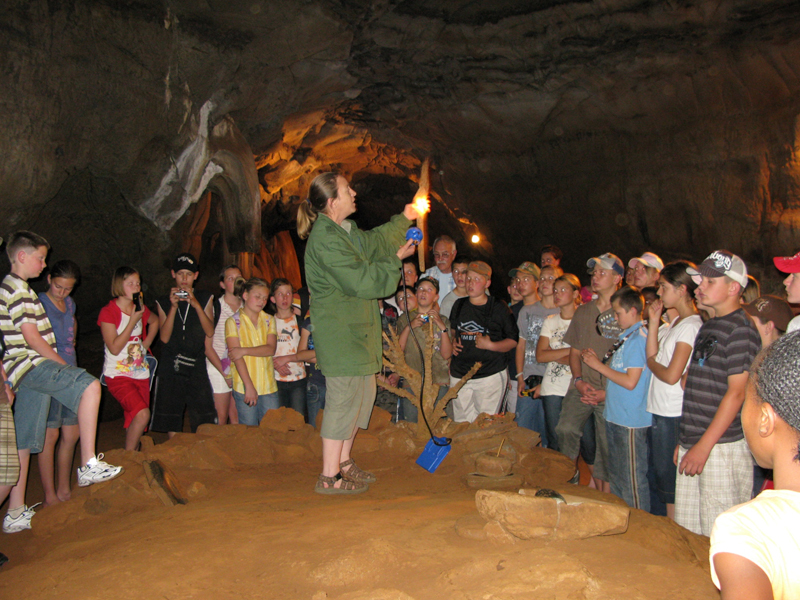 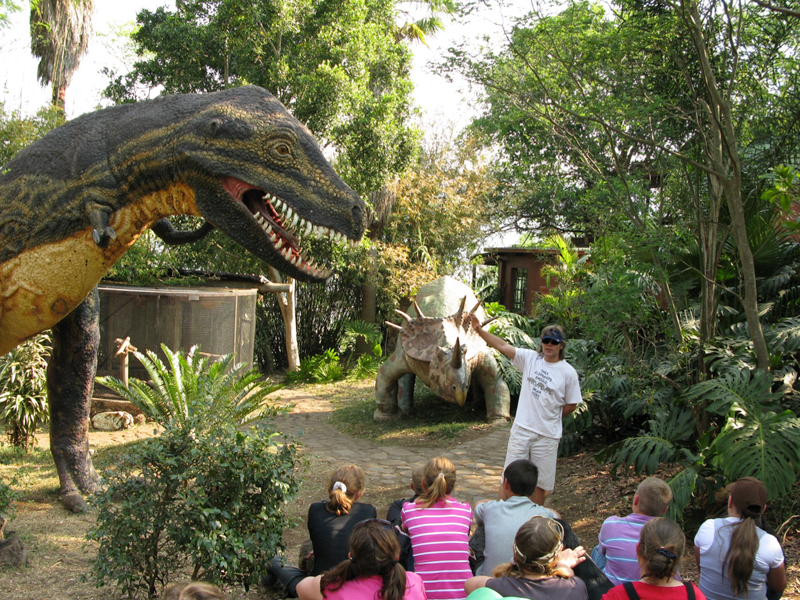 Mpumalanga means "east", or literally "the place where the sun rises" in the Swazi, Xhosa, Ndebele and Zulu languages. Mpumalanga lies in eastern South Africa, bordering Swaziland and Mozambique. It shares borders with the South African provinces of Limpopo to the north, Gauteng to the west, the Free State to the southwest, and KwaZulu-Natal to the south. Mpumalanga and Limpopo are popular with tourists and have an abundance to offer such as Kruger National Park, Sudwala Caves and the spectacular Panorama Route which includes God’s Window, the Three Rondavels and Bourke's Luck and the Blyde River Canyon.
Request an all inclusive quote to the Mpumalanga and Limpopo Tour

Our Mpumalanga and Limpopo tours offer a dynamic variety of experiences for learners of all ages. These tours also allow exposure to agriculture, awe-inspiring landscapes formed by water erosion, and also game viewing in this Big Five territory. The Big Five includes the African Elephant, Cape Buffalo, Lion, Black Rhino, and Leopard. We focus on the importance of conservation and our responsibility in preserving our natural heritage, agricultural, historical and cultural inheritance.

We spend a day and explore only a small part of the impressive Kruger National Park, one of the largest game reserves in Africa, by bus. We have always been rewarded with many game sitings. The Kruger National Park covers an area of 19,485 square kilometres in the provinces of Limpopo and Mpumalanga, and extends 360 kilometres (220 mi) from north to south and 65 kilometres (40 mi) from east to west. Areas of the park were first protected by the government of the South African Republic in 1898, and it became South Africa's first national park in 1926. The park is part of the Kruger to Canyons Biosphere an area designated by the United Nations Educational, Scientific and Cultural Organization (UNESCO) as an International Man and Biosphere Reserve.

We visit the Sudwala Caves for a hour long tour that leads one along 600 meters underground and to a depth of 150 meters. The return route is incredibly interesting and provides worthwhile photo opportunities in the spacious well lit chambers. Not only are the Sudwala caves regarded as the oldest known caves in the world, but the caves rest in pre-Cambrian dolomite rocks that are also amongst the second oldest known sedimentary rocks on Earth.

There are a number of remarkable waterfalls in Mpumalanga. We regard the Lone Creek Waterfall as one of the most spectacular and is the one waterfall that we include on our tours. It is situated about 10 km west of Sabie and is a declared national monument. Here the Sabie river pours over a 70-m cliff of trees, moss and ferns. The waterfall is spectacular especially after heavy rainfall when the spray nurtures a rainforest. Lone Creek waterfall is just one of many waterfalls to be found along the Sabie river.

Enjoy the splendour of the third largest canyon in the world, by boat. Unquestionably being the largest 'green canyon' due to its lush subtropical foliage. An interpretation tour by a tour guide will take you to the rare living Kadishi tufa waterfall and another view of the Three Rondawels.

The Bourke's Luck Potholes were named after a gold digger, Tom Burke, who staked a claim nearby. Although his claim did not produce a single ounce of gold, he correctly predicted that large gold deposits would be found in the area. This natural water feature marks the beginning of the Blyde River Canyon.  As the Treur and Blyde rivers meet, whirlpools are formed over long periods of time by carrying sand and rock which grind huge, cylindrical potholes into the bedrock of the river.

Overcome your fear of snakes through knowledge and education. Donald Strydom, owner of Kinyonga Reptile Park, believes that education is a powerful tool that should play a major role in conservation. Donald's knowledge and experience has been used in several BBC, Discovery and Animal Planet film productions. The tour includes a visual presentation and a snake handling demonstration. Learners who are brave enough can hold a snake and have a photo taken, for a nominal fee.

The Panorama Route, steeped in the history of South Africa, is a scenic road in South Africa connecting several cultural and natural points of interest. The route is centred around the Blyde River Canyon, the world’s third largest canyon, and features numerous waterfalls, one of the largest afforested areas in South Africa, and several natural landmarks. During our Mpumalanga and Limpopo Tour we visit God’s Window, the Three Rondavels and Bourke's Luck and the Blyde River Canyon. Towns may include Graskop and the historic Pilgrims Rest, diggings, museum and town.

The Tshukudu Bush Camp is ideal for learners to experience the Bushveld Biome first hand and can be part of our Mpumalanga and Limpopo Tours. The Tshukudu Private Game Reserve, a Big 5 Game Reserve, boasts 5000 ha of unspoiled bush with a lovely view to the Drakensberg Mountains. This reserve is situated in the Central Lowveld near the Blyde River Canyon and adjoining the greater Kruger National Park near Hoedspruit. At Tshukudu learners learn about conservation awareness, game farm management, identification of birds, trees, grasses and spoors, snakes and snake bite treatment as well as edible plants and berries. Walking in the bush learning about plants, many game drives, close encounters with rehabilitated (orphaned) as well as wild animals will leave a lasting impression.

There are various adventure activities that can be included is our Mpumalanga and Limpopo Tour. Depending on your budget activities such as zip line, paintball, and Geckoing or White Water Tubing an unique adventure where you get the chance to descend the Sabie River Gorge with a “Gecko”, an oval shaped water tube.

Our Mpumalanga and Limpopo Tour may include: 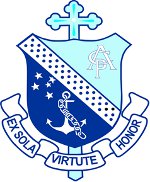 Pieter Kroukamp
(Head of department)
Assumption Convent Primary School I have been using EduTours since 1995 and have always received professional and friendly service. Rating

If the Mpumalanga and Limpopo isn't for you, have a look at our other offerings